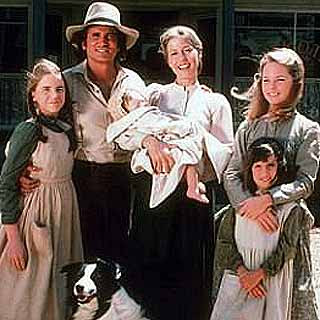 TV producer (and not to be confused with veteran TV news producer Fred Friendly), Ed Friendly brought shows to the screen for adults and children alike. For adults that included the ground-breaking "Rowan & Martin's Laugh-In" (1968-1973). "Ed could really make the deals," said his production partner George Schlatter.

"He sold the 'Laugh-In' pilot to Timex to sponsor and then to NBC. The cost of the special was about $200,000, which seems impossible now." The show went on to be a hit with its cutting edge comedy.

For children, Friendly's wife urged him to create a series from a book their daughter was reading. He didn't do it until he noticed his daughter was reading the books again and again, so he purchased the rights to Laura Ingalls Wilder's "Little House on the Prairie". The resulting show was also a hit, running from 1974 to 1983.

Friendly was a bit upset that the show became a starring vehicle for
Michael Landon, so he also produced "a faithful adaptation" of "Little House" as a miniseries in 2005. Friendly died from cancer at his southern California home on June 17. He was 85.
Posted by Wayne Mansfield at 5:18 pm