Who is Andrew Tate?

I first heard about Andrew Tate on the James Altucher Podcast. Apparnrlty there were more searches for Andrew on google than any other term. 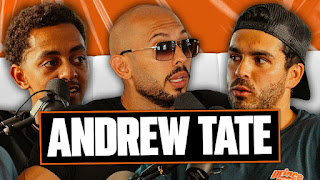 Posted by Wayne Mansfield at 4:48 pm No comments:

Seven Australian players claimed Grand Slam titles in 2022, the most to do so in almost five decades. A further 13 contested major finals in one of the most successful seasons in Australia’s proud Grand Slam history.

Canberra’s Nick Kyrgios posted career-best results at Wimbledon and the US Open, knocking out top five-ranked opponents at both events. His headline-making run at the All England Club made him the first Australian man to reach a Grand Slam singles final in 17 years.

But the 27-year-old’s career-best year began at Australian Open 2022, when he partnered with Thanasi Kokkinakis to win the men’s doubles title. The wildcard pairing eliminated four seeded teams in an electrifying run to become the first all-Australian champions at the tournament in 25 years.

Kyrgios and Kokkinakis have both since broken into the world’s top 20 in doubles and established themselves as one of the world’s best teams. 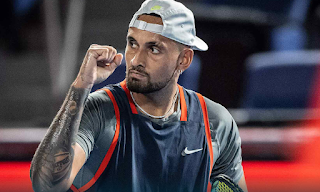 This confidence-boosting performance has also translated to singles success. Kokkinakis rose to his highest singles ranking in seven years, while Kyrgios returned to the world’s top 20.

The Special K’s beat Matt Ebden and Max Purcell in the first all-Aussie men’s doubles decider at the Australian Open since 1980 and attracted the biggest audience for a men’s doubles final in Australian television history.

That was only the beginning for Ebden and Purcell, who claimed their first Grand Slam title as a team at Wimbledon — the first all-Australian champions at the tournament in 22 years. They bravely saved match points in two matches during their title-winning run, a tournament first.

Posted by Wayne Mansfield at 4:55 pm No comments: 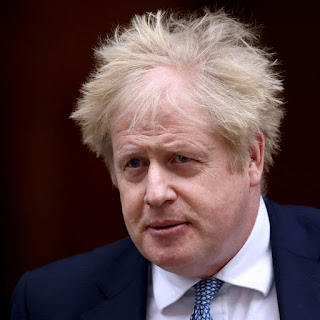 Boris Johnson's charm Ran out but his replacement Liz Truss did much worse - she was gone after just 44 days - the tabloids in the UK had a field day comparing her to a lettuce - with the lettuce lasting longer! 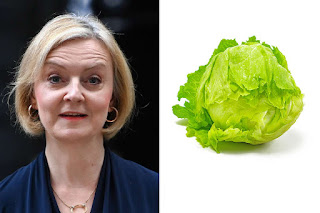 Posted by Wayne Mansfield at 8:06 pm No comments:

I remember way back it was the case if you didn't qualify to go on to Matriculate, as long as you would go bush, you could train as a teacher - remember that! Well those who took up the offer actually wanted to work - well now that isn't enough. These people, after covid, want to be paid top money to go bush and governments are encouraging them to become mercenaries.

The latest effort of a government is the WA government who are throwing cash at people to "go bush'
From their latest press release which puts the cost at $12.4m, they are saying:

The McGowan Government will invest $12.4 million in a new temporary initiative to retain and attract quality teachers to 48 of Western Australia's remote and regional public schools.

Education and Training Minister Sue Ellery today announced that the attraction and retention initiative would be implemented for the 2023 school year to provide incentives to teachers and school leaders to work in locations where demand for staff is the greatest.

The Department of Education has developed a Regional Incentive Framework to identify schools with the greatest need for teachers in 2023, where a one-off payment will be offered to both new and existing teachers and school leaders.' 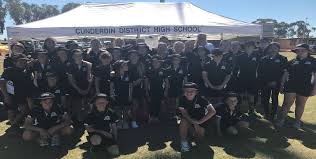 Posted by Wayne Mansfield at 2:57 pm No comments:

The War in Ukraine - who is winning? 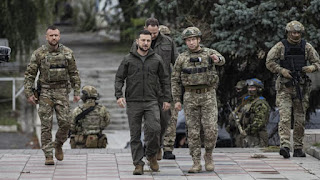 At least two blasts were reported in Kyiv. One resident told the BBC his district was now without electricity.

In the north-eastern city of Kharkiv, critical infrastructure facilities were hit, the local authorities said.

The strikes come after Russia blamed Ukraine for a drone attack on its Black Sea Fleet in the annexed Crimea.

On Monday morning, missile strikes were also reported in the central Vinnytsia region, as well as Dnipropetrovsk and Zaporizhzhia in the south-east, and Lviv in western Ukraine.

A facility at the Dnipro hydroelectric power plant in the Zaporizhzhia region was also reportedly hit.

In Kyiv, a facility which powers 350,000 apartments was damaged, with engineers urgently deployed to restore the supply.

It was not immediately known if there were any casualties.

Posted by Wayne Mansfield at 5:02 pm No comments: