19 Presence Management Chores You COULD Do Every Day

If you’re looking to establish your online presence, and build relationships, it’s not the kind of project where you show up, build your profiles, friend a few people, and call it good. It’s a lot like tending the farm. Here are seven particular “chores” you could do every day that should prove beneficial to your online interests.

We’ve traded dollars for time, in lots of these equations, as we see the return on our advertising spend diminish. It’s your choice whether you want to maintain an active online presence, or if you want to get away with a bit less. 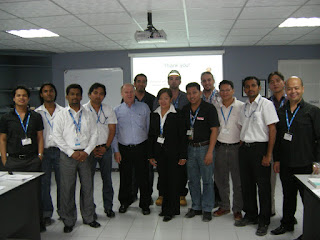 Had a great time with this group of people in my session Stepping Up to Supervision in Doha Qatar in June 09. Fanatastic response from fabulous people... good time had by all.
Posted by Wayne Mansfield at 4:55 pm 1 comment: 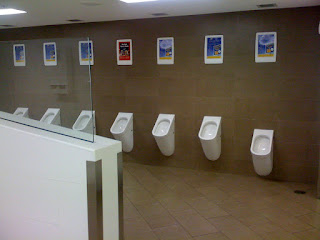 Everything at Changi Airport Singapore is 5 Star - even the toilets.
Posted by Wayne Mansfield at 4:04 pm No comments: 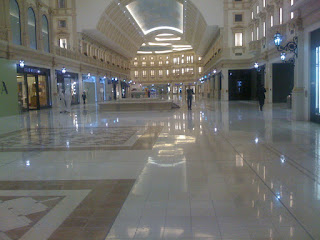 Shopping in Doha Qatar can be a challenge getting passed the crowds!! ROFLMAO!!
Posted by Wayne Mansfield at 3:57 pm No comments:

Don't Quit ~ Author Unknown
When things go wrong, as they sometimes will,
When the road you're trudging seems all uphill,
When the funds are low and the debts are high,
And you want to smile, but you have to sigh,
When care is pressing you down a bit
Rest if you must, but don't you quit.
Life is queer with its twists and its turns,
As everyone of us sometimes learns,
And many a failure turns about
When they might have won, had they stuck it out.
Don't give up though the pace seems slow,
You may succeed with another blow.
Often the goal is nearer than,
It seems to a faint and faltering man,
Often the struggler has given up
When he might have captured the victor's cup;
And he learned too late when the night came down,
How close he was to the golden crown.
Success is failure turned inside out
The silver tint of the clouds of doubt
And you never can tell how close you are,
It may be near when it seems so far;
So stick to the fight when you're hardest hit,
It's when things seem worst that you must not quit!
Posted by Wayne Mansfield at 7:48 pm No comments:

I though that I would try again to get some satisfaction in getting my Lenovo S10 IdeaPad netbook fixed... remember last week I couldn't get through to the service "hotline" after nearly an hour waiting.

Well this evening 6pm Perth time I tried again... on the theory that a 24 hour 7 day a week service might not be busy at that time - being a public holiday and all here in Perth.
Success occurred in phase one of the process: from the Lenovo web page is says 24/7 you can call 1 300 557 073 Option 1, Option 3, Option 2, Option 1 phew... my robotic american friend started saying "Your call is important etc..." when a real live american voice came on Dennis L Coleman answered.

Well, Dennis was pleasant enough BUT he was in New York, it was 6am there and he really didn't have a concept of the distance from Perth to Sydney where lenovo's ONLY authorised repair centre is located. Let me say that again - Lenovo's ONLY authorised repair centre is in Sydney.
I asked Dennis if he realised that Sydney was 4000 kilometres from Perth and that 7 to 10 working days was an unacceptable wait for the repair of a noisy fan. [Geez Portacom in West Perth have a guaranteed 4 hour turn around or replacement machine AND they sell Lenovo's too]
Dennis's answer was unacceptable so I asked to speak to someone who had some authority and he asked me to call back in 4 to 6 hours as people in new York didn't come in for another 4 or so hours... so much for 24/7 service!!
I purchased my Lenovo from Harris Technology - part of the Coles mega group which includes OfficeWorks who are currently still selling Lenovo machines. You'd think that there would be a realisation that there should be service available in Perth given that that's where Wesfarmers who own Harris, Coles and OfficeWorks has its Head Office... so, I think this will be a long drawn out customer service saga.
Posted by Wayne Mansfield at 6:23 pm No comments: