How should you react to feedback that accuses you of being "offensive and insensitive?"

I got just such an email after presenting my Cold Calling for Scardey Cays seminar in Melbourne on Wednesday. I have presented the session over 200 times, and we always get written feedback immediately the sessions finish and there was no indication that anyone had been "offended."

However someone, who didn't attend, wrote to me and said how awful I was. And for good measure had reported me to "the politically correctness police."

I think I should ignore the conversation as to "plain wrap" my presentations would make me just like everyone else... nice but INEFFECTIVE.
Posted by Wayne Mansfield at 12:24 am 3 comments: 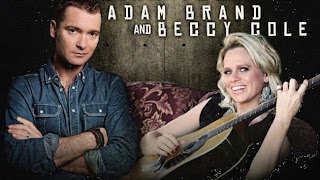 Friday evening saw Joanne, Lurline and I at the opening night of the I WAS HERE tour featuring Adam Brand and Beccy Cole.

I am a Beccy Cole tragic so that is why I was there. And the Mundaring Weir Hotel concert venue has been on a MUST VISIT list for a few year.

So, after a 1 hour drive from my home in the eastern suburbs of Perth via Ellenbrook in the Swan Valley to pick up my sister Lurline we arrived at the Mundaring Weir Hotel where we were greeted by Military precision parking marshalls who knew exactly where we should park. {I had my doubts that we would be blocked in but after the event, getting a way was an absolute doddle.

The venue was spectacular... seating close to 1600 people.


And the organisation was very very professional. We had an exquisite fish and chips... see Lurline eating and enjoying hers here... and apart from it being expensive, it was FANTASTIC and the service was QUICK!!


The concert got started ON TIME with a couple of support acts none of us had heard of and as there was no program to check, we were none the wiser.

Beccy Cole was the support act so she was on by 8.30 and did a great set of music, including some of her greats, a couple of new songs and my personal favoutite Post Girl. [ watch it on YouTube] Unfortunately by 9.30 there were many audience members the worse for wear from drinking continually from 5pm... but I will get to that later.

The main event was Adam Brand... and the crowd was obviously waiting for him as they rushed to the mosh pit [?] and danced from the first cord of his music.

This is where I start to question myself: Am I "Too Old for Fun..."

I remember learning about country music from Slim Dusty when s a kid in Margaret River we would go and see Slim and his family sing "A Pub With No Beer." It was fun and engaging.

But Adam Brand... unless you were "into his music" it was neither fun or entertaining. It was not what I thought of as Country either. It was LOUD HEAD BANGING and, did I say LOUD!! The guys up the front, well oiled by now, were enjoying the music immensely... and Adam was saying that he hoped they would remember tomorrow what they were doing tonight.

So, what is my beef here?? Obviously not the music because I hadn't heard any Adam Brand music and therefore that I liked it was not of any importance other than I wanted to but my expectation and Adam's music were "poles apart."

My beef is this... the last 15 minutes of Beccy Cole's set was interuppted by obviously drunk young people with no respect for their fellow patrons or for the beautiful music of Beccy. How did they get so drunk?? Well, either they smuggled the alcohol in [a possibility but not likely] or the bar staff were turning a blind eye to responsible service to be obviously over the sensible limit.

So, maybe my fault, but I like to think as a 2 glasses of merlot a night indulger I am not a wowser, a drunken crowd spoiled a GREAT family night out...

Am I being too precious or should we hold liquor licencing standards to account??

Posted by Wayne Mansfield at 2:46 pm No comments:

Trolls - How to deal with them courtesy of Paulo Coelho 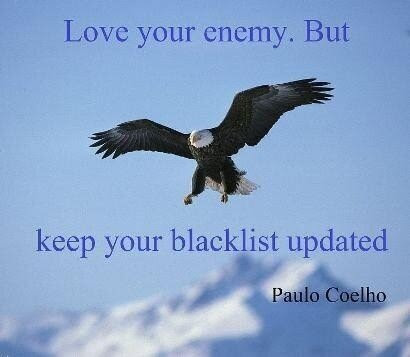 ” And He made a scourge of cords, and drove them all out” ( John, 2:15)
1] Bullying/trolling only happens to people who have made an impact on the world.If you are being bullied, it is because you are someone who makes a difference.If you are not convinced about this theory, please read the comment box or a Twitter search of any news on any celebrity – artist, politician, sportsperson, etc.
2]Bullying/trolling is a sign of pathological behavior of frustrated people. To help them, you have to kill the troll that lives inside them.
3] And the only way to kill a troll is by making him/her aware that there is no such thing as anonymity on the internet. Therefore, anything they do now will have consequences in the future.Maybe not next month or next year, but one day they will need you.
4] So keep a list of these bullies/trolls and one day they will ask your help. And you will say without feeling guilty: “NO”.
5] Insults may hurt you now, but a warrior of the light is patient. Sooner or later you will have the last word!
PLEASE NOTE: It is not a matter of being vindictive, but of respecting yourself and what you do. Adversaries are there to test you and your willTrolls do not deserve mercy, because they do not respect anyone, finding themselves “powerful” because they naively think they are acting anonymously.
People who spread hatred and darkness should be treated as they deserve. You can also choose to ignore them, in the name of “forgiveness”, but they will continue to spread anger and pain.Therefore, first forgive, and then hit hard.
PERSONAL EXPERIENCEWhen I was young I was very vulnerable and people used to take advantage of putting me down so they could shine. I was hurt, desperate and alone, but I could do nothing except to wait.I decided to create two lists: one of people that I would thank and help in the future (in my book The Zahir I write about the Favour Bank ) and a list of those who hurt me.
The day arrived when both groups needed me. And I could repay my debts and ignore the pleas of those who were always putting me down.And I can assure you, more than 150 in the second list asked me for help in the past 10 years. Of course I was very polite, but I told them why I was not going to help.
I have had my Favour Bank List and my Blacklist for the past 30 years. I don’t update my list anymore, but my office does this diligently.
APPENDIXThe Law of Jante11 Facts about BullyingA few real life cases young kids committing suicide as a consequence of cyberbullying
Posted by Wayne Mansfield at 10:14 pm 1 comment:

Posted by Wayne Mansfield at 6:02 am No comments: