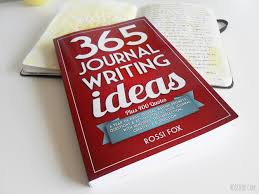 I have committed to write a 1,000 words a day. It sounds so easy BUT you would be amazed at how hard it is…. I have a thousand thoughts running through my head BUT they seem to sprout wings when I sit to write..

Some time ago, I found a book with the intriguing title 365 Ideas or though starters… and silently scoffed that any one would need such a thing.

Yesterday and today my thought vault - my mind - came up empty for ideas to write about, and I have been very good at keeping commitments to myself. Like, 10,000 steps every day which has become 10 kilometres, like dropping from 93 kilos to 80 this year now 79.8 this morning.., like writing a 1,000 words a day - I need some thought starters.

Here are my 10 thought starters for the moment:

1. What is Outside the window

That is a great idea for every time you are somewhere different… today I have a motor bike, a shopping centre, a couple fighting and each could be a story in its own right.

My though starter prompt says what are you travelling in - by foot, by car, by train or by plane… some days all of these

What they are, who is in them them and are they real or imagined etc…

Who have you heard about that you could write about?? In the last week I gifted a Richard Branson book for the “To Do List” on the inside covers - 10 A380’s it says [ not at $300 million each ] I gifted the book to a friend who had said that the deal we were stratigising was too big… “We can think in $100, $1000, $10,000 but not $100 Millions” and my advice was Branson leaves off the noughts. And on my walk to coffee - remember part of my 10 k walk, there was a discussion of Darwin’s love of pigeons… that's for another day.

I love numbers especially prime and there are book collections of the meaning of numbers - one I live is by Triple J announcer Adam Spencer.
Why is it that prices ending in 7 out sell prices ending in 5 even though 7 is more?
8. Closed Doors
In my Management Sessions I talk about the issues created by “closing the door…” and I could write story after story on how people have different reasons for and against closing doors.

I could talk bout the feeling of inclusion or exclusion when the door is closed..

At any given time there are conflicts that could be characterised as war or as peace… currently we have the prominent Australian found guilty but identity suppressed by court order which is a social war and a war of Political Power, we have the rise and possible fall of Theresa May plus the French are at it again - the Yellow Vest riots… and we haven’t spoken of war yet.

On the walk I listened [ I always listen to something ] to the Freakonomics podcast Tell Me Something I Don’t Know… and I found out about the Hell Ant, predicting feelings by watching phone actions and more.

I want to post this but I need to spell check - part of better writing is have fewer spelling mistakes… here we go let’s see how many I made - apparently I was able to catch 13! That got me to wondering about grammar. That is a different checker but before this is posted I will do that too.

Will I get to 1000… maybe not this morning but I will be much closer by having thought prompters. and with the corrections and additions I am over 900!
Posted by Wayne Mansfield at 6:35 am No comments:

Advice Valued by Type of Port? 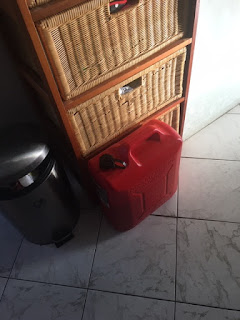 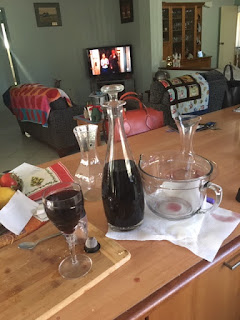 Way back when, I regularly had people over to my home and usually the conversation got a round to business and my thoughts… and many of the people became friends and wanted to “Pay” for advice so the consulting fee became a bottle of Port - the realisation of price having no correlation to taste quickly became evident… for example I really liked CLUB Port which was about $5 a bottle yet Grandfather Port could be $30 a bottle and I didn’t like that… yet as the de facto currency became port we joked about how much people valued the advice by how expensive the port… and I quickly built a stock of expensive port to “Re gift”

We would drink the offering quickly and had to provide a follow-up drop…. I formed a friendship with Peter Hoffman of Swan valley wines - I think he was trading as 7 hills Wines and he sold a port by the  litre in a plastic container - it was amazing stuff but you couldn’t serve it from the plastic can so we decanted it to fancy ceramic pots that used to contain Macquarie Port and of course we served it as if it were an amazing drop. Peter’s port in plastic served us well. In many a taste test people thought it was the best tasting port on the table.. the value of a nice container.

Just recently, over a flat white coffee,  I was holding court on business advice on deals in the $10m’s and was asked “How much” and I said I loved  Merlot and my audience of 1 said “ I have something better than merlot, but I don’t drink red” and he delivered later the same day a 20 litre Fuel can of amazing Organically grown wine of questionable heritage, which needed decanting to bottles and of course sampling.

I had the feeling we had come the full circle…
Posted by Wayne Mansfield at 7:39 am No comments: