It is OK not to know who you are 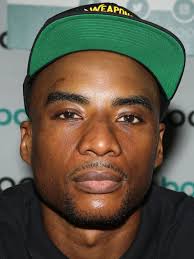 You should reset every 4 years BUT own who you were back then but you can be a different person each 4 years...

Today's Social Media hot potato #metoo is digging up something someone said 10 years ago and claiming they are the same person... well they usually aren't>

Thinlking back 4 years ago - are you the same person as then?? I bet you have heard the saying "You can't say that anymore!" you what, that means you could say that once upon a time... you know how all jokes that were "Insert type of person here " have to be "plain vanilla" now. Like the three "Insert insult here" has become three "nongender identified persons" - it is a challenge because the joke needs to be good to get a laugh.

Want to hear more of this enlightening though challenge? Can I suggest you listen to a podcast with Jordan Harbinger and Charlamagne tha God Lenard Larry McKelvey a very popular American radio Shock Jock who is obvious mellowing as he passes 40. He says the 25-year-old him doesn't resemble the 40-year-old him - BUT he says he is proud of his warts and all 25 old self because it got him to the 40-year-old version.

If you didn't like it does that mean it isn't any good? 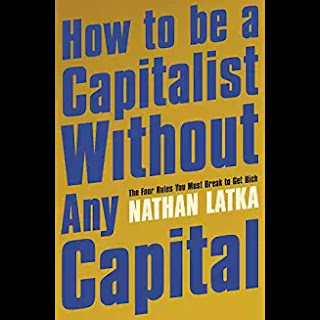 I listened to an audiobook yesterday and was a little disappointed with the content.

The title suggested it was about 2018 hacks but it was about investing in real estate.. and used examples of properties that cost under $200k Now in Australia that is fantasy [ especially in 2019 - the TV ads talk about bargain at $800k ] and if I wanted a real estate strategy book I would have grabbed that.

I suppose I should have expected that content wouldn't match the title [Ithink that is called Click Bait] but after investing a few hours I felt "cheated" But was the book bad or did it just not match my expectation?

Should I get my money back or add it in the column where I have traded Money for experience?

#Rebootology #WayneMansfield #SMM2019
Posted by Wayne Mansfield at 6:24 am 1 comment: 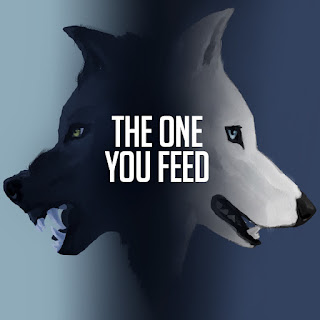 After a painful end to a holiday in Europe last year - the F.U. money dried up - I made a decision to re-invent myself.

Progress hasn't been as quick as I thought it would be and every now and then plans hit brick walls,

As I do each morning, I listen to a podcast on my morning walk... Monday is usually a slow day for podcasts as it is co-insides with  Sunday in the US, but this morning, waiting for me to listen was a short [ 11 minutes ] podcast from "The One You Feed" which takes it names from the old American Indian story of two wolves... and the message was, Consistent action leads to success, BUT you will always be knocked off course.

The message was, it is the one who finishes who wins.. regardless of how many times they were knocked down. As long as you get back up.

Here are some knockdowns over the last few days - my weight went up from 74.8k to 76.2k... and I was disappointed until I looked at my start weight of 90.3k, so I doubled down yesterday and the scales this morning have been rewarding with a reading of 75.6k before the 10k walk.

My business results have been patchy but today three new clients signed on.

What do the airlines know about "DMDLS"

On Friday I got emails from Qantas, Jetstar, Qatar Airlines, APT Touring, Emirates..

Why?? They are marketing to a known flyer by the most effective Digital Marketing Platform - email! Are you using email effectively?? Reply to me and I will send you an outline of Direct Marketing's Dirty Little Secret!

What would Zig Say? 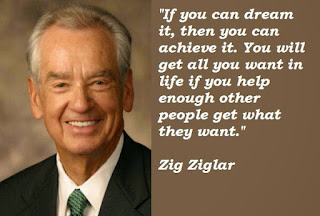 When I started listening to motivation messages it was on cassette tape... Earl Nightingale's Strangest Secret and Zig Ziglar's See YOU at the TOP! I can nearly recall word for word Zig's story about "getting cooked in the squat"

Now we have podcasts and each morning I listen to words of wisdom from today's Sages - Andy Presella, Joe Polish, Stephen Dubner.... but those smooth words of Zig are missed... A few days ago I listened to a James Altucher podcast with John Maxwell and it sounded like a modern Zig - they were promoting John's new book Leadershifts... and since then I have found John Maxwell's podcast which have commentary by younger members of his team - geez John is  a young 71 as this is written - which gives the message a wider bite... but I suggest if you miss the Wisdom of Zig [ who passed at 82 ] catch anything to do with John Maxwell. If bible quotes get in the way of the message screen them out... in or out, the message is powerful. And the John Maxwell Company is the World's largest Leadership Organisation now...
Posted by Wayne Mansfield at 6:31 am No comments:

Yesterday I had coffee with one of the worlds best salesmen who sells $10 million in solutions to the customer experience. He said that he often feels like telling them to investigate email marketing.
Of all the things invented by the internet, email has lasted the longest and is still relevant.
Did you know that even when it works, Social media marketing has an open rate of 0.5% whereas even untargeted email is 5% or 10 times [ 1000% ] better than that... and if people actually know you [ like clients ] it can be 30% and for GREAT clients it can be as high as 90%.
So what is the dirty little secret?? Try sending email and see what happens, The gatekeepers Google and Facebook have made it very difficult - if you have used MailChimp and get one complaint they shut you down...
And you are forced to use Google Adwords or Facebook Sponsored Posts... and it is common to hear that people are spending 10's of $1000's a month on these applications...
However, most companies have a CRM [ Customer Relationship program] which usually has the clients' contact details.... and email costs a few dollars a month regardless of how many you send and you have your marketing fixed.
Mmmm tell me more - OK but only if you ask nicely.
Posted by Wayne Mansfield at 6:58 am No comments:

The Seminar Rip Off? 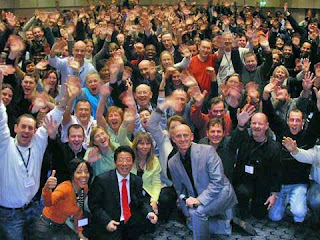 On my morning walk, I listen to podcasts and 1 of my favourites is Andy Frisella's The MFCEO project. As you can probably guess from the title, Andy often rants... and today was one of those times.

His rant today was about a subject close to my heart - the seminar sell fest. You know, the seminar that costs a lot, has lots of speakers who give you a taste of the answer BUT it will only cost $5k or $10k to get the rest.

It has been reported that Andy, as the keynote for these seminars, is paid up to $80,000 for the hour. His rant today was that the money wasn't worth it as everyone who attended was being sold another course to have a chance at success. Andy wasn't selling BUT at $80k probably didn't need to. Anyway, the rant was "why Andy wasn't speaking anymore!" and it was a refreshing expose of the industry.

Now some disclosure - I have been in the seminar business for many years - from 1975 in fact, but our model had always been, what you pay yo come should be all you need to pay. Over the years, our model faltered, as you could go to talk/sell fests like The World Internet Summit, and be sold lots of "stuff". People believed that "Free?" sessions were better value than $150 a day sessions because they could resist the urge to invest that $5k for the course that would make them rich.

The combined result was lots of credit card debt, lots of broken promises, and both the sensible seminar and the talk fest models being broken. At least in Australia, the seminar crowd woke up to the selling lie.

Unfortunately, the paid model is only just coming back but I am a little over the travelling.
The basis of Andy's rant was that he wasn't going to speak any more at sessions where it relied on a couple of big names [hime and Gary Vanyerchuck for example] to draw crowds to be sold the "secret sauce".

Let's hope that is the case - but in 50 plus years this seems like an endless cycle.

Originally Published in Rebootology
Posted by Wayne Mansfield at 10:34 am No comments: 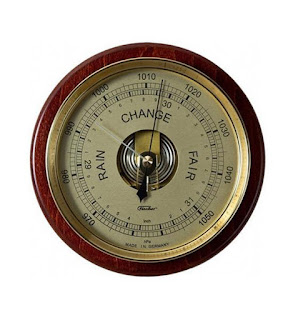 The news this year has been drought, floods and fire - probably the same as any year and here in Perth as we experience the first week of autumn, temperatures are exceeding 35c and it seems finally summer has arrived.

I am sure the weather changes - and sayings that sustained my mother seem not to mean as much ' things like "red sky in the morning, shepherds warning..." or "November Gales" etc...

Mum's favourite television program was "the weather" and we also had a barometer on the wall [hands up anyone who remembers those]
Posted by Wayne Mansfield at 6:14 am 2 comments:

What's in a song? 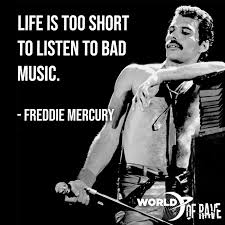 One of my favourite coffee shops closed for good last week... the coffee was OK [ that is a compliment ] but the music was non-negotiable and BAD.

It was loud and NOT what the majority of customers would have chosen if given the choice. The coffee shop in Beaufort Street Mount Lawley [ Cantina 663 ] was staffed by funky young people but in my experience was frequented by 55 plus well-heeled locals - who grew up on the Beatles and the Rolling Stones.

Many requests to "change the music" as requested by my guests were greeted with the music can't be changed but I can turn it down a bit which normally didn't last long.

So at least 4 of my coffee mates told me "can we have coffee " elsewhere... so conservatively just from me that is $100 a month that goes somewhere else... and obviously others voted with their wallet as the FOR LEASE sign attests.

I ponder this as my breakfast place allows the horror of the world in when one customer controls the TV and bad news morning TV.

The world shouldn't be controlled by the least tolerant person but often it is until it isn't.

Just saying...
Posted by Wayne Mansfield at 6:43 am No comments: