New Maverick Spirit Story is up at http://www.maverickspiritnewsletter.com/news2010/spiritmail22102010.htm 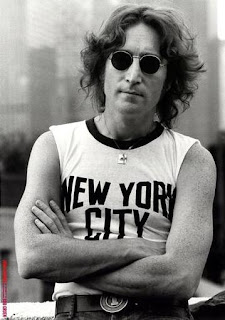 In his own words, from the Paulo Coelho blog post of July 2, 2010, A tribute to John Lennon
_____________________________________
Nothing you can sing that can’t be sung.
Nothing you can say but you can learn how to play the game.
It’s easy.
There’s nothing you can make that can’t be made.
No one you can save that can’t be saved.
Nothing you can do but you can learn how to be you in time – It’s easy.
All you need is love, love is all you need.
_____________________________________
Life is what happens while you are busy making other plans.
I believe in everything until it’s disproved. So I believe in fairies, the myths, dragons. It all exists, even if it’s in your mind. Who’s to say that dreams and nightmares aren’t as real as the here and now?
If someone thinks that love and peace is a cliche that must have been left behind in the Sixties, that’s his problem. Love and peace are eternal.
If being an egomaniac means I believe in what I do and in my art or music, then in that respect you can call me that… I believe in what I do, and I’ll say it.
Music is everybody’s possession. It’s only publishers who think that people own it.
Our society is run by insane people for insane objectives. I think we’re being run by maniacs for maniacal ends and I think I’m liable to be put away as insane for expressing that. That’s what’s insane about it.
Part of me suspects that I’m a loser, and the other part of me thinks I’m God Almighty. Reality leaves a lot to the imagination.
The thing the sixties did was to show us the possibilities and the responsibility that we all had. It wasn’t the answer. It just gave us a glimpse of the possibility.
A dream you dream alone is only a dream. A dream you dream together is reality.
John Winston Ono Lennon, MBE (9 October 1940 – 8 December 1980)
was one of the founding members of The Beatles
Posted by Wayne Mansfield at 7:38 am No comments: 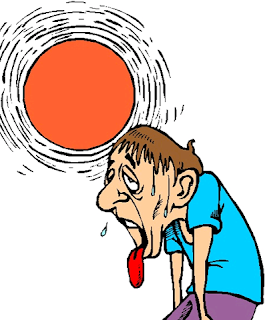 The birds have to use potholders to pull the worms out of the ground.
The trees are whistling for the dogs.
The best parking place is determined by shade instead of distance.
Hot water comes from both taps.
You can make sun tea instantly.
You learn that a seat belt buckle makes a pretty good branding iron.
The temperature drops below 95 F (35 C) and you feel a little chilly.
You discover that in July it only takes two fingers to steer your car.
You discover that you can get sunburned through your car window.
You actually burn your hand opening the car door.
You break into a sweat the instant you step outside at 7:30 A.M.
Your biggest bicycle wreck fear is, “What if I get knocked out and end up lying on the pavement and cook to death
You realize that asphalt has a liquid stage.
The potatoes cook underground, so all you have to do is pull one out and add butter.
The cows are giving evaporated milk.
Farmers are feeding their chickens crushed ice to keep them from laying boiled eggs
Posted by Wayne Mansfield at 7:50 am No comments: