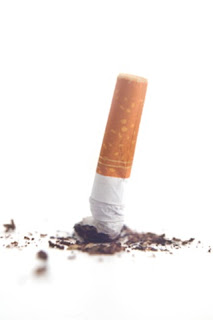 Am I getting too old?? Maybe I am. The things that annoy me seem to be so petty when I reflect on them.

Here I am committed to getting healthier, walking each morning my "5000 steps" and relaxing for 15 minutes at Fast Eddys Morley, near my home at 5am before setting off back... and right in the non smoking section of the restaurant - after all smoking is BANNED in ALL eating establishments here in Western Australia - even the open air ones - is a smoker smoking!!

I know, I should tell him to "butt out" but that would upset him, the staff and make me feel like I wasn't welcome there tomorrow. So I do nothing but stew about it all the way home.
What do you reckon I should do??

Posted by Wayne Mansfield at 7:19 am No comments:

My google alert sounded out:

My demise is overstated!

Although I was thinking… is this a dream but then I saw the age of my namesake who has departed to better places… 76!!

So, don’t get too excited guys. I am still around to get up your nose!!

Posted by Wayne Mansfield at 9:07 am No comments: 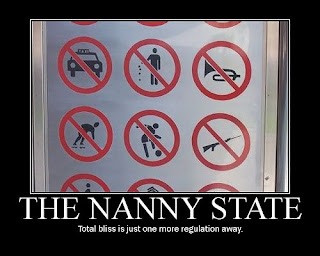 Part of my daily ritual is to rise early and to talk 5,000 steps [that's what the pedometer says] to the local Fasy Eddys 24 hour diner and enjoy a flat white coffee. This means getting up about 4am and setting off into the early morning, watching the sun rise and the city wake up.

This morning was no different except that my usual greeting from the early morning shift was different... and I was already feeling agitated by the time I had to place my order rather than share chit chat with my early morning friends.

Western Australia leads [??] the way in its anti-smoking push... smoking isn't allowed in any eating area or 20 metres from one. Sellers of cigarettes aren't allowed to display the packets... it is really a social no no. A classic example of the granny state telling us what is best for us.
And it appears that I am now a supporter of this politically correct behavioural modification.
Why was I agitated?? The Fast Eddys manager was sitting with a customer who was smoking in a non smoking area - less than 1 metre from the PROMINENTLY displayed NO SMOKING signs.

Whatever the justification - no other customers - so early in the morning - bad law - I was aggrieved and I just had to tell the Fast Eddys' manager so.
Now you would think that would make me feel good, wouldn't you? Well it didn't. I felt I was being sucked into the web of a totalitarian state. Much like the events written about by Ayn Rand.. and I still feel I let myself down.
I wonder if I will complain again?? Probably... and still feel bad but this conditioning becomes habit!

Note to Self: Leave my sister alone when she smokes... she knows its bad for her but it is her choice.
Coffee Rating: Flat white was well made and hot 7/10
Posted by Wayne Mansfield at 6:06 am No comments: 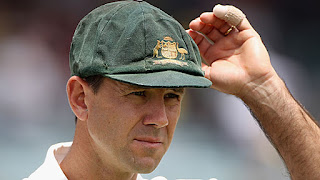 Wow, if you are a cricket fan like I am, yesterday, the start of the Boxing Day test, was very hard to take. Aussies all out for 98... that's a school boy team's score and then England get to 157 without any bother...
And why pick a spinner and not play him?? Geez who are these selectors?? By the time they try a spinner the beer will be flat!! [Sorry I just had to work that in.]
Just listening to ABC - "what a dismal day for Australia" was the headline.
Perth was a fluke because Mitchell Johnson had his day [ he only has one a series!! ] and we thought the single sparrow heralded the summer.
When I heard Ricky Ponting say that he let them team do their own thinking over the Christmas break I know we were in trouble. And when the batting coach is reported as being angry... well maybe we need a new coach Justin. Maybe you should listen to the old axiom... those who can do, those who can't teach. In your case Justin you were the man and what made you great can't be taught even by a great like you...
There is always tomorrow but I fear that when it dawns it will be just more pain.
Posted by Wayne Mansfield at 5:59 am No comments: 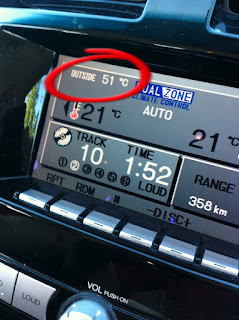 Wow... it was hot Christmas Day. Officially 40c in Perth but MUCH hotter in the Swan Valley.

Joanne, Matthew and I joined my niece Yvette at her new home in Ellenbrook in Perth's newest city based in the Swan Valley. During winter and spring this is just heaven... but as summer begins to bite, the temperatures soar.

With more than 20 guests - Damien's grand father, mother and of course, new arrival Scott there was 4 generations of the Bunters... on our side three... and for the Cocivera's three also. Plus to make up the generation numbers my "blond" Auntie Nan and Uncle Bill were there so that made 4 generations of the Mansfield's. And to round out our cosmopolitan lot, Joanne's family, the Brunini's also was represented by three generations led my Marco.

And I nearly forgot... how could I, there was an appearance of the Ryans from Cowaramup [that's in the Margaret River wine region] with Lynn and Jenny.

With such a remarkable gathering of Aussies, the only thing that got hot was the temperature...
My contribution to trying to cool things down was a "misting outdoor" cooling system. Gee, I was a little "hot under collar" as I installed it with the help of Matt PLUS what seemed like 7 supervisors. Biting the tongue drew the sweet taste of blood... and I kid you not. You see I was under the threat of immediate death from Joanne if I didn't behave.
So, after a sumptuous lunch of turkey, chicken, ham, gourmet pizza, Aussie prawns and other delights, plus amazing sweets including icecream cake and trifle, everyone was officially "stuffed".
And how hot did it get?? Well, when Joanne and I got into our car to make the trip home, the temperature was 51c "in the sun"... I don't know about you but that is HOOOOOT!
And for proof... here is a snapshot of the console in my car recording the temperature.
Posted by Wayne Mansfield at 8:20 am No comments:

Change the World for Ten Bucks 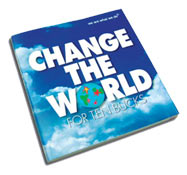 Thanks to the ladies at Holiday Inn Brisbane who sent it to me as my "corporate gift" from the banqueting department... it's greatly appreciated.

Today.. December 24th, 2005 I got started... I paid the Big Issue lady more than the $4 cover price for the Summer Edition and I refused the obligatory plastic bag offered with my purchased today.

Yesterday I made way in my wardrobe for "new" stuff by donating perfectly good clothes to the Salvos... 47 actions to go.
Posted by Wayne Mansfield at 5:47 pm No comments: