Lena Ainscow, 75, was trying to travel from London to Bromely, England, to visit her grandchildren. She had a ticket, but platform personnel put her on an earlier train. The conductor refused her ticket because it was for the later train, and told her she must immediately pay 115 pounds for her fare -- ten times the normal ticket price. She didn't have that much on her, so fellow passenger Tom Wrigglesworth, 32, appalled at how the elderly woman was being treated, started collecting money from other passengers to help her out. The Virgin Train manager called police -- collecting money is "begging" and illegal, the manager said.

He ordered Wrigglesworth to give the money back or be arrested. Wrigglesworth refused the demand. "I couldn't sit there are let this helpless woman deal with it on her own," he said. Police officers sided with Wrigglesworth: they refused to arrest him when they heard the whole story.

A Virgin Trains spokesman later apologized for "any distress caused."

Which doesn't help anything until they give the manager plenty of distress over his actions.
Posted by Wayne Mansfield at 6:36 pm No comments:

Peter Morley's Joke of the Week

Next time you think your hotel bill is too high you might want to consider this...

A husband and wife are travelling by car from Brisbane to Melbourne. After almost ten hours on the road, they're too tired to continue and they decide to stop for a rest. They stop at a nice hotel and take a room, but they only plan to sleep for four hours and then get back on the road.

When they check out four hours later, the desk clerk hands them a bill for $450.00. The man explodes and demands to know why the charge is so high.

He tells the clerk although it's a nice hotel, the rooms certainly aren't worth $450.00. When the clerk tells him $450.00 is the standard rate, the man insists on speaking to the Manager.
The Manager appears, listens to the man, and then explains that the hotel has an Olympic-sized pool and a huge conference centre that were available for the husband and wife to use.

'But we didn't use them,' the man complains, 'Well, they are here, and you could have,' explains the Manager.

He goes on to explain they could have taken in one of the shows for which the hotel is famous. 'The best entertainers from New York, Hollywood and Las Vegas perform here,' the Manager says.

'But we didn't go to any of those shows,' complains the man again. 'Well, we have them, and you could have,' the Manager replies.

No matter what amenity the Manager mentions! the man replies, 'But we didn't use it!' The Manager is unmoved, and eventually the man gives up and agrees to pay. He writes a cheque and gives it to the Manager. 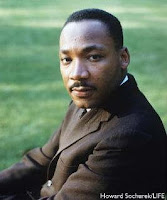 WOW where has 3 months gone?

What can I say really, this has been an inspiring, eye opening, emotional and stressful thing to organise and there is absolutely no way that I could have gotten through this without the assistance of my amazing fiance', family, friends, work colleagues and people who I have never met! Assistance has come in the most amazing forms and from the most unbelievable places and we are ever so grateful and have truly been blessed! Thank you so much to all.

Can wait to send everyone photos of Mercy and her new eye!

We have had a few issues along the way with having Mercy's Visa and Passport released as there is an issue with child trafficking in Kenya however we are thankfully at the end of that and I will receive confirmation tomorrow (Kenya time). Due to this delay air fares are actually costing us over $1,000 more than originally planned but that is just the way things go. It has been very time consuming, stressful and frustrating for the orphanage too which is a real shame too but am so thrilled with their determination to make this happen too. Thank you Mary.

We have had an increase in air fares so we still need around $4,500 to cover the remaining air fare costs for Mercy and her carer Mary as well as some petrol costs.

Some items in progress and to come are:

A couple of Websites have raffles in progress

May be a little on the late side but am organising Christmas Cards to sell which will help a gorgeous local artist as well as Mercy. WILL EMAIL DESIGNS AROUND SO PLEASE HOLD OFF BUYING ANY YET!

Am working on the Brisbane journalists still and have enlisted the help of some of the tourist operations donating to us as they have some great contacts. Helps the both of us!

Donna Payne
Posted by Wayne Mansfield at 4:24 pm No comments:

Dance of the Bird of Paradise 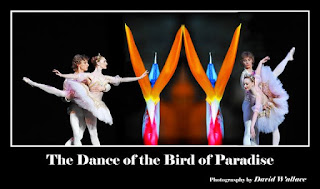 Photography by David Wallace
Posted by Wayne Mansfield at 6:34 pm No comments:

So this Department of Water Resources representative stops at a Queensland agricultural property and talks with the old farmer. The Rep tells the farmer,"I need to inspect your farm for your water allocation". The old farmer says, 'Okay, but don't go in that paddock over there.' The Water rep smells a rat and says, 'Mister, I have the authority of the Federal Government with me.. See this card? This card means I'm allowed to go WHEREVER I WISH on any agricultural land. No questions asked or answered. Have I made myself clear? Do you understand?'" The old farmer nods politely and goes about his chores.

Later, the old farmer hears loud screams and sees the Water Rep running for his life. And close behind is the farmer's bull. The bull is gaining with every step. 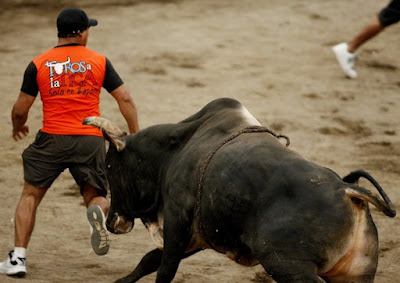 The Rep is clearly terrified, so the old farmer immediately throws down his tools, runs to the fence and yells at the top of his lungs......

Peter Morley Joke of the Weeek
Posted by Wayne Mansfield at 6:25 pm No comments: