Wisdom of the Road Traffic Authority 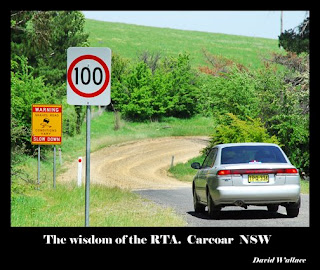 Posted by Wayne Mansfield at 6:31 pm No comments:

Quote of the Week - Banks

'I believe that banking institutions are more dangerous to our liberties than standing armies. If the American people ever allow private banks to control the issue of their currency, first by inflation, then by deflation, the banks and corporations that will grow up around the banks will deprive the people of all property until their children wake-up homeless on the continent their fathers conquered.'

Thomas Jefferson 1802
Posted by Wayne Mansfield at 6:36 pm No comments:

Are you too old - Abe Vigoda wasn't 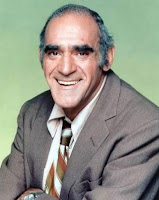 Actor Abe Vigoda has changed my mind about when is it too late to make a life change. I beliieve it is NEVER too late to learn new things, start a new business, switch careers, or go into a different industry. Abe Vigoda, if the name does not ring a bell, is the dour-faced actor famous for playing the character Fish on the TV sitcom "Barney Miller."

A Google search will show Vigoda, who is still a working actor at age 87, got his big break was his first movie, "The Godfather," in which he played Sal Tessio.

"The Godfather" was released in 1972. Working backward you will see that Vigoda didn't begin his movie career until he was over 50. More impressive is that, at age 87, Vigoda - who has a slightly cadaverous appearance that makes him look ready for the Old Folks Home - is still a competitive handball player.

If Abe Vigoda could get his first movie role at over 50 - beating out actors his age who had decades more credentials and experience - then I am convinced that you and I can start a new career or business at any age.
Posted by Wayne Mansfield at 12:16 am No comments:

Question: Where do you go to help gobble down 1,500 pounds of beans - and then watch outhouses race?

October 23 through 25, participants in the 26th annual Arkansas Bean Fest and Championship Outhouse Races will gorge on pinto beans. Then they'll cheer from the sidelines as outhouses on wheels are raced by drivers sitting on fake toilet seats.

Source: OzarkGetaways.com and Early to Rise
Posted by Wayne Mansfield at 10:15 am No comments: