I am in the process of "becoming frighteningly efficient!"

The biggest internal conflict is the belief that if I am too tidy, I will lose my creativity. I have been hiding behind the safe saying, untidy desk is the sign of a creative mind... but just recently I have wasted so much time trying to find stuff that should be at my finger tips but has somehow graduated to the bottom of a very big pile of stuff.

Am I imagining this or is it really true?? Would you be setting out on an adventure of a tidy desk?
Posted by Wayne Mansfield at 5:15 am No comments:

Can it be funny without the "F" word 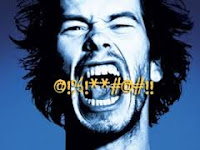 I have listened to two respected commentators on all things about life and economics for years and have never been aware of any profanity from either person.

Yet, for a live podcast, where they are to try out their skills as stand up comedians, the show started with a "bad language" warning, and then both commentators liberally spread the "F" word through their attempts [ some good jokes too ] at stand up.


So I wonder, even though I have been known to use profanity often, usually for dramatic effect when stuff isn't quite working out, isn't it possible to be funny in 2016 without using offensive language - it must have been offensive because they said "be warned, some of the language that follow will offend some people" at the start of the show.

What do you think?
Posted by Wayne Mansfield at 8:36 am No comments:

What's Up With James Altucher?

For the last year or so I have been listening to podcasts and reading the thoughts and ideas of James Altucher. For more than a year those events of the mid also included is 24/7 companion and wife Claudia.

Without announcement Claudia was replaced with Stephen Dubner and Question of the Day. Still great mind food but I am left wondering what is going on.

Today's lengthy email from James shares some deep personal thoughts... "Last October something really bad happened to me in my personal life." and "A few months ago one of my closest friends did something horrible to me. I cut that person off immediately despite years of friendship."

And I am left wondering... how can I help, should I try, and if help wasn't being asked for, why share...

I will wonder for many days "What's up with James Altucher?"
Posted by Wayne Mansfield at 4:47 am No comments:

Refund? What would you do?

Just back from a National Tour of our management seminars - 285 people attended across 10 sessions... average rating 8.5/10 [ from 260 filled in rating sheets ] but 1 refund request

One attendee wrote: I left at the break because this session was so basic that nobody would get any good advice from it... I have better things to do with my time. Please refund my registration.

If you go to the wrong concert, or mistakenly think steaks of torfu are actually meat steaks, go to a hyped up movie only to find you need to be a nerd to get it, are you right in asking for your money back?

From the feedback across 260 people they rated the session as great value - what should I do for the one person who asked for a refund??
Posted by Wayne Mansfield at 7:30 am No comments:

Spoiler Alert: This is a gripe about how little space you get in economy seats when the next passenger is a "LARGE" sized person.

This morning I was sitting next to someone on my Qantas A330 flight from Melbourne to Perth who played Back Gammon on his iPad for the full 4 hours of the flight.

Problem: Every move he made on his iPad meant that his elbow nudged my arm... whether we were staking out the arm rest or whether I had my arm well within the space of my seat.

Not wanting to make a scene I did nothing about it other than to quietly stew for the full trip.

Mmmm.... I wonder what I should have, apart from upgrading to Business,
done??
Posted by Wayne Mansfield at 12:44 pm No comments:

Is what you do on borrowed time?

I was listening to a podcast this morning featuring Simon Black, Founder, SovereignMan.com and he was talking about things that we do that are past their use by date but are often continuing because they are protected by a Government enforced monopoly. He was ranting about paper copies of things that should be OK as digital things... like agreements that need to be printed, then signed and then usually digitized and stored digitally. Such a waste of time and effort.

he said that the Pony Express was killed off very quickly when telegraph wires followed railway lines across America. I suppose the same can be said of teletext machines when we got fax machines or Faxes when people went to email.

I was wondering therefore if we should really worry that the Post Office is dead... except that we support it with our taxes so it can keep doing stuff the most inefficient and expensive way.

It costs less to buy a book from www.bookdepository.com in the UK, have it shipped nearly next day to Australia than it does to by a express Post bag to send a similar weight of papers to the next suburb in your capital city... and then your guarantee is that if it is not delivered in the said time, they will refund your fee so they can stuff up the delivery on another time sensitive item.

Modern Wonder: Quicker to Perth from London, via Paris than Sydney

On Australia Day January 26th, 2016 I was woken with a text that said: "Due to unusual activity we have blocked your credit card" That message was time stamped at 3.30 am.

I rang my bank and they asked "Did you buy clothes in Paris, France today?" As I was still in my bed in Perth at that time, I obviously said no. The result was that my card was cancelled and I was referred to the Fraud Protection area of the bank.

After a few questions the bank decide that they would cancel my card and protect me from the evils of the internet.

At breakfast, whilst telling the family about the experience, a family member fessed up to using the card but saying it was an online purchase from London. Mystery solved. Time elapsed 3 hours.

I was back to the bank, explaining it wasn't fraud and asking for the stop on my card to be removed as I was travelling extensively the next week. I was advised that the cards had been cancelled and it would br 9 to 10 business days for the new cards to arrive in Perth.

The items from London via a shipping operation in Paris arrived in Perth on Friday, and due to needing customs clearance were delivered on Friday January 29th, 2016.

The cards from Sydney Australia, arrived 11 working days later, just in time for my trip which got under way on February 7th, 2016.

My simple question is this: How does that work?? Quicker from France than Sydney... and Australia Post wonders why they are losing customers and $$$''s.
Posted by Wayne Mansfield at 5:56 am No comments:

Just paid my Foxtel bill... but screen says I owe them... phone system [ yeah the automated one ] says I am up to date but I can get anyone to answer a phone to push a button until 9am Monday Melbourne time...

I have tried shouting at the nice man who puts me through to "someone who can help" but that systems hangs up and says ring on Monday.

Apparently that advice should apply to 24/7 service... if it sucks, like you can't get through after 5 pm... don't offer it.

[ If you saying I should have paid my bill, the bank cancelled my card due to a suspect transaction and all existing standing payments also suffered the same fate. ]

Posted by Wayne Mansfield at 1:07 am No comments: