Rain and Cold In Perth - True I kid you not! 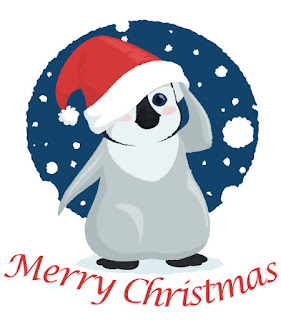 And the rain and cold did come... we have had guests over for Christmas drinks over the years [ about 20 years I think ] and have weathered 45 c days but yesterday was a new experience 20 c and wet!!!
But the company was great! As we discussed stories of travel... Penang, Antarctica, Uganda, Gold Coast, UK and more... a great warm time was had by all.
Merry Christmas everyone.

Posted by Wayne Mansfield at 4:23 pm No comments:


After a very hot day yesterday and a fabulous day of cricket at the WACA, the weather has turned and it is cold and wet now.
Some friends are coming over this afternoon - and rather than worry about how to keep cool it will be how to stay dry.
Here is the result of the storm warnings - Carols by Candlelight cancelled.

Of course you joke!

I am at Chevron Island on the Gold Coast Queensland [ still part of Australia ] enjoying a coffee but the world starts later here - in Perth my favourite coffee stops open at 5 am but I haven't found that one here yet - consigned to a 6 am start.
Yesterday we went with friends to Mount Tamborine... and had a fabulous day.
On the way home the local ABC news station report a dreadful natural event in Tamborine ... a branch from a large tree fell on parked cars and they had a local interview the owner of a Fiat 500 which was damaged by the fall. The interview was amazing for it's quaintness - the card had a name and we heard of the excitement created by the electrical sparks from the downed power lines - obviously news from a country town perspective.
Later, when we had returned to the "big smoke" on the Gold Coast we watched/listened to the same event from main stream media... apparently someone else was injured somehow and transported to hospital by ambulance... we don't know how "they" are but there surely will be a claim against the Town of Tamborine ... and we shouldn't park under shady trees in Tamborine as branches might fall... nobody mentioned that this was actually the first recorded example of this happening but that, obviously, would muck up a good story.
I wouldn't be surprised in weekend numbers at Tamborine are down this week as people avoid the possibility of being hit by a tree.

Posted by Wayne Mansfield at 5:00 am No comments:

Where is the other shoe

Sunday morning in Perth - ready for another 10 days on the road... with the Paul McCartney Concert in the middle with friends Elizabeth and Terry. Great end to a interesting year.
My mind races when I see a lonely shoe on my walks. This morning the shoe is actually a small child's slipper. So I wonder, what will her mother say?? Was it discarded on purpose - a naughty child, did it slip off unintentionally and will cause concern when replaced... there are many stories.
Let's hope all is well with the ankle bitter.
[ If you want to share to other pages DON'T add the messenger button to posts - it took me hours and hours to work out what changed the privacy settings and it turns out that is the culprit ]

Posted by Wayne Mansfield at 6:41 am No comments: