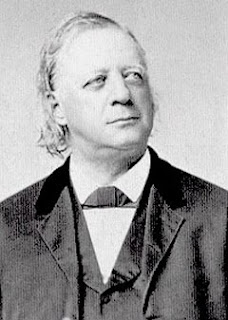 When Henry Ward Beecher was asked how it was that he could accomplish so much more than other men, he replied:

"I don't do more, but less, than other people. They do all their work three times over: once in anticipation, once in actuality, once in rumination. I do mine in actuality alone, doing it once instead of three times."

This was by the intelligent exercise of Mr. Beecher's will-power in concentrating his mind upon what he was doing at a given moment, and then turning to something else. Any one who has observed business men closely, has noticed this characteristic. One of the secrets of a successful life is to be able to hold all of our energies upon one point, to focus all of the scattered rays of the mind upon one place or thing.
Posted by Wayne Mansfield at 2:28 pm