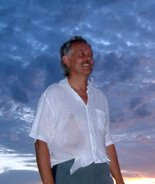 Someone who has been using the internet as long as I have is Phil Wiley of All The Secrets fame... Phil's latest newsletter had this interesting story:

"She is a latecomer to the information superhighway, but 75-year-old Sigbritt Lothberg is now cruising the Internet with a dizzying speed. Lothberg's 40 gigabits-per-second fiber-optic connection in Karlstad is believed to be the fastest residential uplink in the world, Karlstad city officials said.

In less than 2 seconds, Lothberg can download a full-length movie on her home computer -- many thousand times faster than most residential connections, said Hafsteinn Jonsson, head of the Karlstad city network unit.

Jonsson and Lothberg's son, Peter, worked together to install the connection.

The speed is reached using a new modulation technique that allows the sending of data between two routers placed up to 1,240 miles apart, without any transponders in between, Jonsson said.

"We wanted to show that that there are no limitations to Internet speed," he said.

Peter Lothberg, who is a networking expert, said he wanted to demonstrate the new technology while providing a computer link for his mother.

"She's a brand-new Internet user," Lothberg said by phone from California, where he lives. "She didn't even have a computer before."

His mother isn't exactly making the most of her high-speed connection. She only uses it to read Web-based newspapers.
Posted by Wayne Mansfield at 6:36 pm