It was with great interest that I heard Russell Brunson copmment that he is doing a 4 day event in September because "people are missing the connection" a live event brings.

Covid-19 has wrought havoc on a lot of industries but few felt the blow of the wrecking ball as directly as the live events business. Large gatherings were among the first casualties of the public health crackdown that began last March. Once they started getting cancelled, promoters and ticketing companies were on the hook to refund fans with little prospect of new business in the foreseeable future., 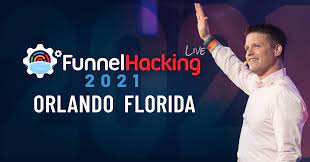 Even now, uncertainty hovers over questions of when big events will be safe, permitted and embraced again by fans traumatized by the health emergency.

LiveNation, the parent company of Ticketmaster, is a bellwether - or perhaps malweather - of the financial damage done by the pandemic in this space. According to an earnings report released February 25, LiveNation saw its 2020 revenue collapse 84 percent compared to 2019, from $9.4 billion to $1.4 billion.

All this leads me to consider dusting off the BLAST into series and do one in 2022!