It's never too late for success

Ever  wonder if you are too old to achieve stuff? Here are 5 people who achieved greatly after their 70th birthday!

At 72, Margaret Ringenberg ﬂew around the world.

At 73, Larry King celebrated his 50th year in broadcasting. 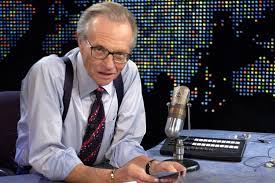 At 74, Ferdinand Marie de Lesseps began an attempt to construct the Suez Canal.