Retire well with Less than a Million$!

One of the great reads is "The Barefoot Investor by Scott Pape.

In it he talks about retiring well on the pension. He calls it "The Donald Retirement Bradman Strategy" which he outlines as a four-step process: First, you need to own your own home before you retire. Second, you (currently) need to have $250,000 in super (couples), or $170,000 (singles). Third, you need to claim the full age pension. Fourth, you need to continue working a day or so a week. 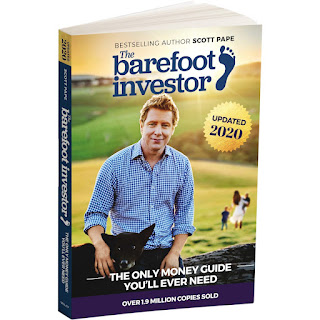 And here’s where the gravy cup from Canberra really runneth over: retirees can earn $57,948 a year (couples) or $28,974 (singles) before they pay a dollar in tax. And if they just want to supplement the age pension -- and not reduce it -- they can earn $13,000 (couples) or $6,500 (singles) a year under Centrelink’s ‘Work Bonus’.
After reading the book, I booked in an appointment with Centrelink to discuss the outstanding fine of $1million I have [Bankruptcy doesn't extinguish fines apparently] and I was told that it is called the pension and it is "your entitlement". I just had to qualify and the Government would pay me. since Covid I have qualified even though Joanne still works and the house is in her name [Thankfully with no mortgage] and she has Government Super.
Each fortnight Cetrelink drop a few $$$'s into my account! Thanks Barefoot Investor for that advice. #Wayne Mansfield #WayneMansfield #SMM2021 #Blastinto2022 #Done #Rebootology #ExperienceOracle
Posted by Wayne Mansfield at 12:41 pm