Give me a break!

When does stating the "bloody obvious" cause outroar? Adam Simpason Says without extra funds they need to pick people from stable backgrounds in the next draft... and stating the obvious, he said the best footballers tend to be from public schools.

But the crowd went into overdrive saying that is racist and classist so: 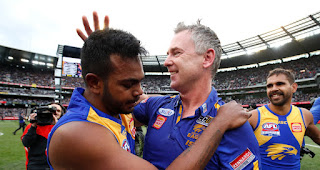 The furore erupted during a radio interview earlier this week when Simpson was trying to highlight the flow-on effects from the AFL’s decision to cut the football department soft cap by more than a third.

Simpson said now that clubs had fewer resources, they couldn’t afford to take as many risks in the draft on players who might need more support."

Posted by Wayne Mansfield at 10:00 am