When will WA's hard board come down? 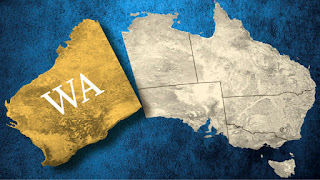 The problem is that at the recent State Election more than 85% of the general public voted him back into office... so these thinga are accepted without much questioning... However the newspaper today is carrying opinion pieces questioning this stance. This is for the first time in nearly two years that the local newspaper has some discent to the absolute power of the government.

About time I think!!

Posted by Wayne Mansfield at 10:31 pm