Get with the change!

I was having coffee with an old friend this morning and as usual he asked me for advice on Tech issues... his problem was that he wanted to learn stuff so he could be more productive.

I have been an internet nerd from 1990 when dial up was the thing that everyone was having difficluty getting their head around... I purchased a 24.4 kbp modem and was told by the guy who serverd me "this is will be all you want for the rest of your life!" Well I have 50meg NBN at home and it is slowwwwww.

This leads to my friend and his questions on what he should do and my advice was after 5 or 6 years eveything is shut down rather than upgraded... for example would you buy a fax machine?? I was the worlds best user of Pagemake but it was discountiued 7 years ago.... I had a 10 licence deal with microsoft which has been replaced by software as a service... So I told my friend the only way to be sure he was backing the right horse was to use software built on the NFT platform... if it wasn't he was wasting his time. 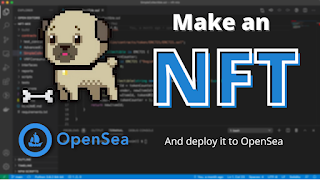 Posted by Wayne Mansfield at 3:56 pm