WA you have been quiet too long!

I remember the last vote in WA - McGownas labour party got 85% of the vote and the conservstive parties got wiped out! How did I vote? I am noe ashamed to say I spoiled my voting Paper by wiriting "You are both shits and nobody deserves my vote...." I now realise I have contributed to the place we have now.." 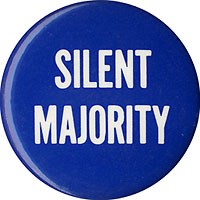 I belivev in Vaccines so, on the promise of being able to travel, I am fully vaccinated... but the rules have now changed - not until 90% are fully axed will the borders be opened. So, after being lied to I wonder whtelse they have fudged on. Remember when that 6 year old girl died at PMH [Aishirayay?] Roger Cook [The health Minister] said we had a best in the world health system... and a report would be out in 5 weeks - well after 5 months the report said that our system is broken and nobody spoke to that young girl so, the lies are xposed: 1. Time for report 2. World's best sytem 3. The staff did eeverything possible.

The reason for a closed border is... the real reason is our Hospitals can't cope!

Posted by Wayne Mansfield at 10:14 am