Todays press is concerning itself with FREE tickets given to politicians at the recent AFL Grand Final. As if the general public wouldn't think it was part and parcel of how things work... if you don't like football, well the tickets are probably worthless. I think the press has a $60,000 value on them. Well, after spending $1 .3 billion to build the stadium, and letting the AFL make $40 million on profit from the ticket sales, well the pollies did this for nothing [Yeah of course] That McGowan is Labour, from NSW and has a 85% approval rating doesn't rate a mention. 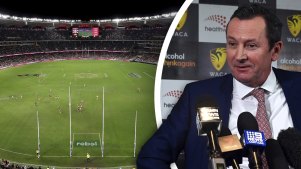 Funny how life is!

Posted by Wayne Mansfield at 10:41 am