Think yoou know what NFT's are? Well Read this and tell me what it means. This article was written for the Fast Company Magazine

Just when we were getting our heads around non-fungible tokens [NFT's]—crypto tokens that represent a unique digital asset—they’re now gaining sentience and moving to the metaverse.

Definition:  sentience -is the capacity to feel, perceive or experience subjectively. Eighteenth-century philosophers used the concept to distinguish the ability to think (reason) from the ability to feel.

Definition:    metaverse. - tech companies say the metaverse is the next version of the internet · The virtual world combines work, socialising, shopping and gaming.
“It’s a way of giving not only a personality to an avatar but to apply interactivity and to make it extensible,” Cuban said in an email to Fast Company. “You can take Alethea AI and let it grow into almost anything.” One of these NFTs, called “Alice,” already sold for $478,000 on Sotheby’s Natively Digital market in June. 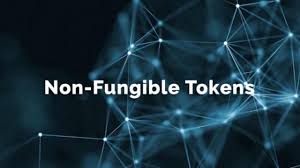 Starting on October 14, people can bring their NFT avatars to Alethea’s new “Noah’s Ark” site, where the “soul” can be added. Khan says that the AI intelligence layer is contained in a new NFT that then binds with the avatar’s original NFT. Or, you can build your own intelligent NFT–or iNFT–starting from a number of template.
Khan from Althea AI started a quick chat with the Hentai character Waifu 101. After he exchanged some pleasantries with the NFT he asked her “What is the meaning of life?” To this she responded in a bored teenager voice “I don’t like existentialism.” The fact that she related Khan’s question to the philosophy movement shows an impressive level of common knowledge and conversation skill.
Alethea calls Noah’s Ark a metaverse because avatars can use their new skills to interact with other iNFTs there. For example, a CyberPunk could be trained to engage in a rap battle with a Bored Ape avatar. Or they can even form teams and compete with each other in games. Khan says that as the avatars interact they create new training data that feeds the AI model that powers them all.