NFT's are the future?

I remeber back when the internet started and I missssed the firt wave. But I caught up and became and expert with email marketing {and was "cancelled" because of it by smelly people living in dark corners using their keyborads to bring people down.} and I moved on to twitter and was considered in the Top .01% of World Users by having 50k followers when that was a lot [ now a lot is 50 million ] but a rode the twitter wave worldwide... I couldn't understand Bitcoin and sat out but NFT's is the new version of that allowing royalties to creators etc... so I have set myself the task of being a world expert on NFT's. 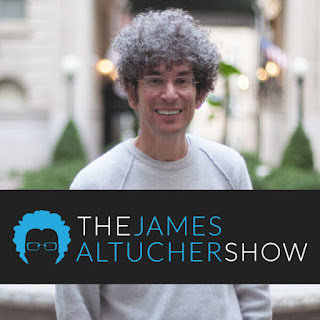 If you want a good explaination of what they are listen to James Altucher learn from a friend what is coming. [Link: https://jamesaltucher.com/podcasts ] Listen to episode 775 and 776 [you might need to Gooogle those episodes because they are new!]

Posted by Wayne Mansfield at 2:24 pm