Banks are trying to change their spots - that will work!! NOT

Thought of the day 15/500
At the morning office... whilst my childhood was around rain - the saying in Margaret River back then rain for 9 months and then it dripped off tree for the rest of the time... another day of grey skies and rain is just not Perth - even it being a public holiday doesn't help. Rain Rain go away I say [ and bugger the farmers ]
OK lets feel better -
I am grateful for:
Telstra - to remind me that you can be so big that to care isn't a requirement. I was so exhausted after 2 hours to get an issue fixed that I slept well last night.
GOGVO - not big enough to care at all - website [ and cashflow ] down now going on 4 days and Joel [ the man ] says "What do you want me to do?? Simple really FIX IT!
And Banks - finally giving up the $2 gouge to get my own money from a cash machine... in a day all four big banks gave in... they must be hiding something.
NONSENSE:
After a good nights sleep, I wonder who else lie down to sleep - apparently elephants do but not giraffes. Cows do sometime and small animals like cats not only lie down, they curl up, sleep between your feet and control their environment. Oh to be a cat!
RANT:
Shane Warne and the medias fascination with his sex life.
He is headline news again for apparently hitting a porn star!! Hell isn't there a war or famine to report. 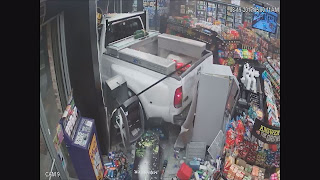 In a recent poll in the UK, a group of women were asked "Would you sleep with Shane Warne" The most common answer was "Not again."

Posted by Wayne Mansfield at 4:07 pm