Formula One is the highest class of single-seater auto racing sanctioned by the FIA. The FIA Formula One World Championship has been one of the premier forms of racing around the world since its inaugural season in 1950. The F1 season usually runs from March to December and comprises a series of races, known as Grands Prix, held on circuits and public roads around the world. 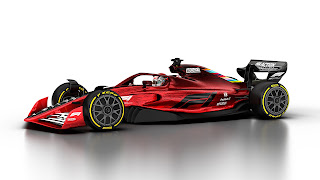 F1 is known for its constant evolution, with new regulations and changes being introduced frequently to improve the safety, performance, and sustainability of the sport. These changes can include new rules for the cars, such as aerodynamic regulations, engine regulations, and tire regulations. They can also include changes to the format of the races, such as the number of laps, the points system, and the schedule of the races.

The FIA and Formula 1 management team are the ones who decide on the changes. Therefore, for accurate and up to date information on the F1 changes for next year, you should check the official website of FIA and Formula 1, as well as following their social media accounts for any updates.

Posted by Wayne Mansfield at 8:37 pm