#Ukraine is a country located in Eastern Europe. It is bordered by Russia to the east, Belarus to the north, Poland, Slovakia and Hungary to the west, and Romania and Moldova to the southwest. Ukraine has a population of over 42 million people and its capital and largest city is Kiev.

The country has a rich cultural heritage, with influences from Slavic, Turkic, and other Eastern European cultures. The Ukrainian language is the official language and is spoken by the majority of the population.

Ukraine has a complex history, and has been under the control of various empires and nations throughout its history, including the Mongol Empire, the Polish-Lithuanian Commonwealth, and the Russian Empire. The country gained independence from the Soviet Union in 1991.

Ukraine has a diverse economy, with significant industries in agriculture, mining, and manufacturing. The country is also a major exporter of steel, grain, and other agricultural products. 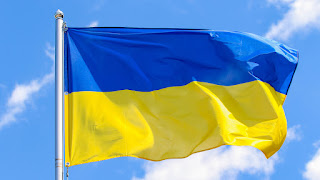 In recent years, Ukraine has been in the international spotlight due to ongoing political and military tensions with Russia. In 2014, Russia annexed Crimea, a region of Ukraine, and there have been ongoing conflicts in the Donbas region of Ukraine. The situation remains a source of tension between Russia and Western countries. Russia invade #Ukraine in Februsry 2022 and is still January2023 occuping parts of Ukraine.

In addition to the political and military tensions, Ukraine has also been affected by economic and social challenges, including high levels of poverty and unemployment. Despite these challenges, the country has made progress in recent years in terms of democratic reforms and economic development.

Posted by Wayne Mansfield at 7:55 pm