Anthony Albanese is an Australian politician who is currently the leader of the Australian Labor Party (ALP) and Prime Minister in the Australian House of Representatives. He has been a Member of Parliament for the Division of Grayndler in Sydney since 1996. 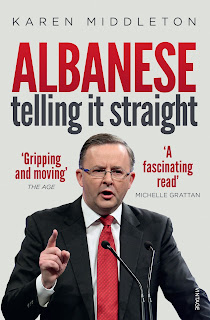 Before entering politics, Albanese worked as a political advisor and was a member of the Australian Council of Trade Unions.

He is known for his progressive views on issues such as climate change, infrastructure development and social justice. As the leader of the Labor Part.

Posted by Wayne Mansfield at 8:51 pm