Indigenous Australians are disproportionately represented in the prison population

Jail deaths in Australian prisons are a serious issue that has been receiving increasing attention in recent years. According to the Australian Institute of Health and Welfare, there were an average of 67 deaths per year in Australian prisons between 2014 and 2018. The main causes of death include suicide, natural causes, and accidental overdose. 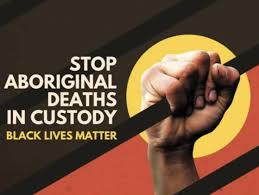 The Australian government has taken steps to address this issue, including increasing funding for mental health and addiction services in prisons, and implementing recommendations from the Royal Commission into Aboriginal Deaths in Custody. However, many critics argue that more needs to be done to address the underlying issues that lead to high rates of incarceration among Indigenous Australians and other marginalized groups.

Overall, jail deaths in Australian prisons are a complex issue that is affected by a range of factors including mental health, addiction, poverty, and systemic inequalities. Addressing this issue will require a multifaceted approach that addresses the underlying issues that lead to high rates of imprisonment and poor outcomes for prisoners.

Posted by Wayne Mansfield at 9:02 pm