Australia is a big country! 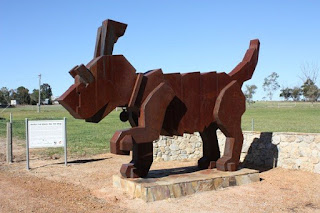 
While the east coast [ especially New South Wales ] is in the grip of once in a century drought, Western Australia is having its wettest winter for 53 years!!

Yesterday I was at the Dowerin Field Day, the biggest agricultural field day in the southern Hemisphere, and business was brisk... farmers were expecting records crops at 30 year high prices and according to reports from the organisers, they were spending with Gay Abandon.

And I met up with David Young a client from 30 years ago who said "You would be prod of me!" and proceed to show and tell me of his new business success.