You deserve better… I know because I do too. 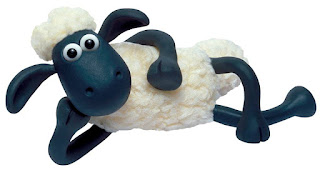 
When have a look at your life at the moment and you contemplate being rich, or even getting ahead and you feel it is impossible, you might find some answers here.

Firstly it might help to consider the difference between being poor and being broke, which are not the same thing. I have never been poor but unfortunately I have to confess to being broke acouple of times.

What’s the difference? Poor is the state of having nothing and never having the possibility of having anything. Some thing I witnessed first hand on a recent trip to Mumbai, India where 3 million people have absolutely nothing and in a remarkable state of affairs seem like they are happy with that and won’t in my lifetime do anything to change it.

Broke is a state of self inflicted misery where you owe more than you are worth and unfortunately many asset rich people are Broke because they can’t meet their everyday expenses. To be wealthy, you will have to work out how to get past broke. There are two ways to do that: the basic one is spend less than you earn. This means adjusting your lifestyle to meet the amount of money you earn which is difficult with out exercising self discipline against the constant barrage of credit companies and retailers shouting that you deserve it all and now! I wonder what happens when a unsolicited increase in your credit card limit arrives unannounced… I know I have been guilty of saying: “Is that all I can have…”

The second way to get passed broke is to earn more money. This is not as easy as most get rich gurus would have you believe but it is possible and highly likely if you invest the time to learn how to earn.

To achieve the impossible requires discipline which is in short supply for most modern Aussies. Discipline requires work – a daily commitment of action designed to achieve your goal of being rich. Now here is where the goal setting spruikers let us all down. Thinking and acting “as if” you have achieved your goal without DOING anything about it is just plan lunacy. Every day needs directed activity to achieve your goals.

Do you reckon you could life a 200 kilo cow? Probably not yet many people on farms all around the world can do so without thinking twice about it. How is it done??

If you were to start lifting a calf from the first day it was born, and did so every day, its increase in weight would be so small each day that you would be able to lift it the next day, just as you had the day before. As a kid in Margaret River I remember watching a giant of a man called Dave Ironmonger lift two fully grown sheep, one in each hand, and throw them onto the back of his ute. A super human feat… no, Dave had been lifting lambs all his life, whether they were a day old or a year old. How did he do it?? Well, he just could because he did something about every day.

But what if you miss a day? This is what would happen… If for a week, you lifted the calf each day, you would not feel any difference in his weight and you would expect to, and actually lift him. However, say you missed doing this for a couple of weeks, and you came back to lift him. You would be confronted by a significantly bigger animal, who weighed a lot more, who probably didn’t want to be lifted and most importantly, you would be beginning to doubt you could do it… and a surprising thing would happen: That calf would be too heavy for you to lift!!

Impossible doesn’t care whether you are busy, don’t feel well, have other “pressing commitments” or just feeling down on yourself… all it requires you to do is to do something EVERY DAY, without fail, towards getting from where you are now to where you want to be in the future.

But there is just one more thing you need to do to achieve the impossible… you need to make a decision right now to get rich because you deserve it. So stop for a minute and write down your decision to be rich. You must write it down for it to be real.