The West Australian government has had a win in the first stage of its border war with Clive Palmer after the Federal Court found the 'hard border' strategy was the most effective method of keeping coronavirus out of the state.

Handing down his judgment on Tuesday, Justice Darryl Rangiah found the pandemic was uncertain and fast-moving and warranted WA's precautionary approach to interstate arrivals. 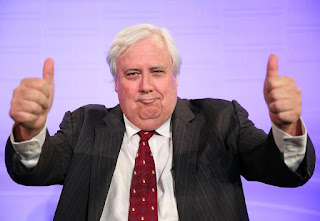 The existing border restrictions do not eliminate the potential importation of COVID-19 from other states or territories since they allow exempt travellers to enter WA, however the restrictions have reduced the numbers of people entering from interstate to approximately 470 people per day, compared to approximately 5000 per day in 2019," he said.

"In view of the uncertainties involved in determining the probability that COVID-19 would be imported into Western Australia from elsewhere in Australia, and the potentially serious consequences if it were imported, a precautionary approach should be taken to decision-making about the measures required for the protection of the community."

Mr Palmer, supported by the Commonwealth, had argued for WA to open its borders to other states with little to no community transmission, which at the time of the hearing, included his home state of Queensland.

He claimed WA's all-or-nothing approach to its hard border was in breach of Section 92 of the constitution, which says movement and trade between states should be absolutely free.

However the Federal Court ruled if WA's hard border was replaced by mandatory 14 days quarantine on arrival, it would not be able to manage the capacity.

Posted by Wayne Mansfield at 8:31 pm