Australia is a great place... even when e are losing the cricket 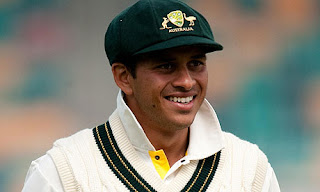 The selectors are going for broke.... new captain Michael Clarke leads a team that has been thumped for nearly the whole of 2010 so maybe 2011 will be a better start.
Usman Khawaja is the new star batter to get a go... born in Pakistan but raised in Australia he reflects the changing face of the Australian community. All the best to him.

Even more interesting is Michael Beer who has snuck into the team via a short stay in Perth and a couple of games in the Sheffield Shield... apparently he has NEVER played at the SCG.
Let's hope desperation is a great inspiration to this team that really needs some magic to beat the rampit English team.

I think I will save myself the pain and not listen or watch the cricket today... Clarke won the toss so we could be in trouble very quickly!!
Posted by Wayne Mansfield at 6:57 am