Does the value of the $$ affect you?

Most of the things I subscribe to have their price expressed in US dollars... I read with dread that a journalist is cheering that the Australian Dollar could end up at 65c to the dollar That is to I heard Dan sulivan of Strategic Coach say that most of his income is earned in the US and spent in Canada where he has a 26% advantage.... He lives in Toronto but his compnay is headquartered in Chicago.. 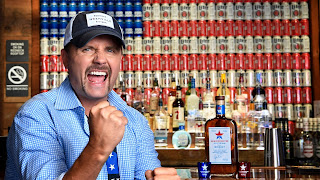 It is amzing to me that how you frame something changes the outcome... what I need to do is earn more of my income in the US.

I was impacted by the first Internet Laws in Australia - The spam Act so when I heard that the Australian Government is Thinking of crimping the styale of BNPL platforms my first thought were "You should keep you noses out of there" [Zip Afterpay etc.] I was reminded of the words of australian Transort pioneer, Reg Ansett who said " You don't have to like the law, you just have to know it!" and again Dan Sullivan saying... "The biggest prospects are in areas where legistaion hasn't caught up yet!"

I was listening to Mike Rowes Podcast and it was talking about the Story behind the Trademeking of the Redneck Riveria by John Rich - Don't hear "no" as an answer. It seems it is how you approach stuff affects the outcome!

Posted by Wayne Mansfield at 2:31 pm