They mindfully focus on the positive.

A recent scientific study showed that doctors who are put in a positive mood before making a diagnosis consistently experience significant boosts to their intellectual abilities than doctors in a neutral state, which allows them to make accurate diagnoses almost 20% faster. The same study then shifted to other vocations and found that optimistic salespeople outsell their pessimistic counterparts by over 50%. Students primed to feel happy before taking math tests substantially outperform their neutral peers. So it turns out that our minds are literally hardwired to perform at their best not when they are negative, or even neutral, but when they are positive. 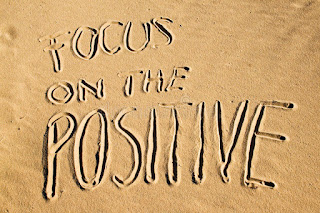 That’s not to say that successful people never get upset, but your effectiveness in all walks of lifOf course, te will fare better if you’re able to mindfully accept and let go of negative emotions, rather than dwelling on them. Think a little less about managing your problems and a little more about managing your mindset.
And of course, if you're struggling with any of this, know that you are not alone. Many of us are right there with you, working hard to feel better, think more clearly, and get our lives back on track.