Times are bad, which means, by the perverse logic of American capitalism, stock markets and speculative investments are flourishing. Bitcoin, the digital currency whose value is pegged to nothing but the amount its adherents are willing to pay for it, is at an all-time high, approaching $29,000 at the end of 2020. For those who held on and defended Bitcoin during its fallow periods, its time seems to have finally come, particularly as PayPal promises to allow customers to start buying and selling cryptocurrencies next year.

Every bull market has its whales, and for Bitcoin of late the biggest whale has been Michael Saylor, the CEO of MicroStrategy, a Virginia-based enterprise software company. Saylor, who controls a majority of his company’s voting shares, has put more than $1.2 billion of MicroStrategy funds into Bitcoin, much of it in just the last month. The company now calls Bitcoin its “primary treasury reserve asset.” Saylor’s bold positioning (raising debt offerings explicitly to buy Bitcoin) and unapologetic attitude (he’s become a regular on the cryptocurrency talk circuit) have made him a darling of crypto-loving Redditors and tech executives inspired by his example. (A Canadian augmented reality company recently announced, as part of its capital diversification strategy, that it was putting $2 million into Bitcoin, which the CEO called a “digital version of gold.”) 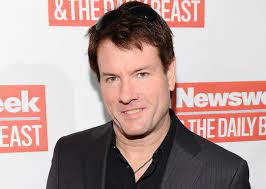 The strategy has been more than good for Saylor, who claims to personally own nearly 18,000 Bitcoin, and for MicroStrategy, whose stock has risen from about $92 in mid-March to nearly $400 at the end of the year. The price of Bitcoin rose more than $10,000 in December alone. It did reach $60,000 before retreating