My local Australian Football League team is the West Coast Eagles. One of their brillant players is Willie Rioli, an aborginal player from the Tiwi Islands [ North of Darwin ]

The big question is will he be sacked for his latest drug indescretion. Rioli plead guilty to having cannabis in his possession at the Darwin Airport on his way back to Perth where after his 2 year suspension ends in August for faking drug tests. 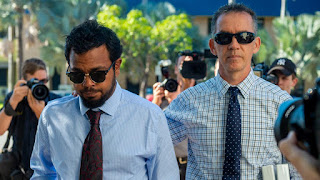 My money is that he will get a slap on the wrist.
Posted by Wayne Mansfield at 10:37 am