If you stop to think about it, the name is sorta weird. Even a little scary.

But, boy, is it memorable.

Originally calling themselves the Warlocks when they formed a band in 1964, the musicians realized they needed to come up with a new name a year later when they found out that there was another band by the same name that had recorded a single. The guys debated names, coming up with ideas such as “Mythical Ethical Icicle Tricycle” (Garcia) and “His Own Sweet Advocates” (Weir). When they were unable to find a name they agreed on, they gathered at Phil Lesh’s house around a copy of Bartlett’s Quotations, read out a thousand possible names, but couldn’t agree on anything. Then Jerry Garcia opened a copy of Funk and Wagnall’s New Practical Standard Dictionary (1956 edition) and randomly pointed to a page. There, staring back at him, was grateful dead. Several members immediately fell in love with the name and wanted to use it. Others were a bit wary. But all agreed it was memorable, so they decided to use it. 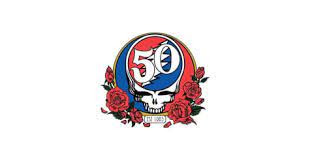 The dictionary defines the term as a type of ballad involving a hero who helps a corpse who is being refused a proper burial, a theme found in many cultures. For the Grateful Dead, the strange cosmic quality the name evokes–a world beyond consciousness–was perfect. This, of course, played into what the band was doing on stage. That some in the audience might be experimenting with mind-altering substances while listening to a band called the Grateful Dead made the name choice interesting on another level.

Fast-forward to four decades later and the name seems ideal. The choice of name worked to help advance the Grateful Dead to its widely recognized status as the most iconic band in history. And the sort of inside-joke quality–a name that your parents likely hated and your less-cool schoolmates or coworkers scoffed at–contributed to the community aspect of those in the know. A badge of honor was bestowed upon those who were independent enough to enjoy a band with such an odd name.

Posted by Wayne Mansfield at 8:14 am