Climb aboard a new bus heading down the road to where the water tastes like wine.

Where the water tastes like winemakes room for two Americas though, side-by-side: An America of legends and an America of the mundane. And it’s where the two intersect that you often find the real “truth”—a bit exaggerated, maybe, but nevertheless striking on something more important than the events themselves, something that speaks to the human condition in a way pure facts couldn’t.

Where the water tastes like wine is a blend of myth and truth is what makes where the water tastes like wine special, the contrast between people’s everyday lives, their small struggles and smaller victories, and the ensuing tall tales. You can watch as American legend is woven before your very eyes, a combination of truths and half-truths and hundreds of distinct experiences. You'll see stories passed from person to person, each retelling exaggerated a bit more until what’s left bears no resemblance to where you started. A silly old man you meet in the woods becomes “The Leatherman,” a ghost who’s wandered the country for 200 years. 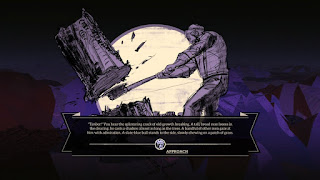 Legend: The Grateful Dead built the legend that they are the worlds greatest band - heck thay gave away their music, made it easy to record and share YET sold out stadiums to people who had little to spare!

Mundane: The fans were ordinary people who like ied dyed T-shirts that they bought from friends of a lifetime.

Posted by Wayne Mansfield at 8:04 am