Halloween is big for business 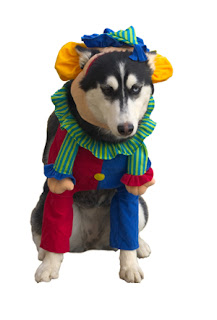 Nearly 60 percent of US consumers plan to celebrate Halloween in some way, and 11% will include their pets in the fun, as 7.4 million households will dress their pet up for Halloween.

According to the National Confectioner’s Association (NCA), 93% of children will be trick-or-treating tonight, and there’s a pretty good chance some candy corn will end up in their bags – more than 35 million pounds of candy corn will be produced in 2007, which is enough to circle the moon nearly 4 times.
Posted by Wayne Mansfield at 6:44 pm