n 1965, Williams's father suddenly died of a heart attack. He had a WHOLE LIFE INSUARNCEpolicy that left their family underinsured. Five years later Art Williams' cousin Ted Harrison introduced him to the concept of Term Life insuarance, a simpler alternative to whole life which requires less cashflow and which, at that time, was almost never sold and rarely heard of outside the insurance industry. Williams was taken aback by the idea of not knowing that there was a choice when buying life insurance and described the whole conversation as "disturbing,"[2] recalling his father's death and referring to the fact that people had no idea of such a product. Believing that families were paying too much for whole life policies that left them poor in the wallet and deeply underinsured, Williams joined his cousin at ITT Financial Services in 1970. In June 1973, six months before ITT went out of business, he left and went on board with Waddell & Reed another Buy term and invest the difference (BTID) company that saw early success.

Williams gained momentum at W&R and became regional vice-president (RVP) the same year, with a sales force that covered 6 states. Despite the numerous benefits of working at W&R in comparison to ITT, it became clear to Williams that with a corporate structure in which the executives, not the sales force, owned the company, financial decisions would always have priority over the clients and there would be limits on how much the company could grow.

On February 10, 1977, Williams and 85 associates founded their own company AL WILLIAMS $ ASSOCIATES on a simple philosophy: "Buy Term and Invest the Difference." He convinced many customers to switch from their conventional whole-life insurance to term policies. The company's rapid growth to become the largest seller of life insurance in the U.S. was enhanced by his emphasis on promoting his people. He was one of the first to have weekly video conferences on the company's private television broadcast system. This allowed him to personally speak to each of his 225,000 plus agents and to create a family feeling that inspired them to become Financially Independent. A.L. Williams became Primerica Financial Services. 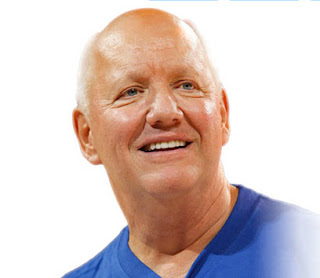 Posted by Wayne Mansfield at 11:16 pm