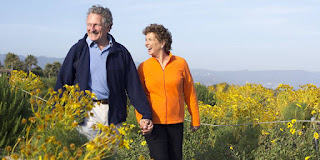 A rebootologist?? That is someone who enjoys their third wave life.

As I look at the way forward one of the recurring themes is the disaster that has been overcome... for those of us who don't have that experience those stories don't resonate.

For example... when I was a teenager and most of my adult life, claiming your issues were a result of mental health problems was a no-no. Therefore, I don't know of or relate to anybody who blames their mental health on their situation. Is that the same for you?

For example, when I was asked the first time "R U OK " I wasn't sure what the question was about?? But it is part of the movement to talk about "mental health." Another example of a situation or movement which I don't relate to is "The men's shed". Apparently, you do there to deal with your demons.

Don't get me wrong, I am sure there were people with mental health issues in my life. They were talked about differently - the dentist in Margaret River where I grew up, took a rifle and killed himself. People were shocked but that was life... depression was called "mental breakdown" and you spent a week or three in the hospital and came back fixed.

When I launched Rebootology I remember a successful but now retired businessman saying to me... "It's not like a men's shed is it?"

So, if you have lived a good life, and want more of it, join me on this journey.

Originally Published in Rebootology
Posted by Wayne Mansfield at 5:36 pm