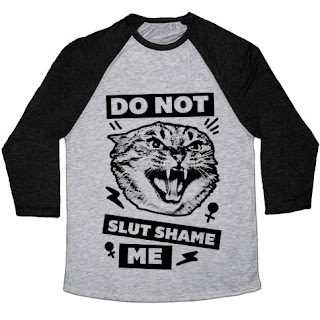 Every day we hear the statement "they" won't let us do...

The world is basically split into 2 camps - those who agree with "whatever" and those who don't! And time shows that neither side will actually change their point of view. The people with "power" in 2019 are those who haven't made up their mind. When one of these people makes up their mind it gives power to the majority view... for example, we have a political debate in Australia about asylum seekers on islands coming to Australia - 48% of the population don't want them to and 48% do... the 4% in the middle have the power... get them on side and you become the power.

In past times there was no mechanism to harness that 4% but social media has given them a voice -#metoo and the Twitterverse are examples.

I saw a story yesterday where a woman complained about being asked by another woman to cover up as she was dressed skimply on a plane - it became a story because she commented she had been "slut-shamed" and the media [ now irrelevant ] gave it a headline and it became a story... in times gone by, nobody would know and it wouldn't be a story.

I wonder how many like me thought "Good on" the steward for broaching the subject but her superiors were weak kneed for no supporting her 100% - they gave out a $50 voucher that just inflamed the offended [ that 4% ] even more...

Ahhh well my coffee is getting cold!

Originally Published in Rebootology
Posted by Wayne Mansfield at 6:21 pm