The Starfish Story... worth retelling 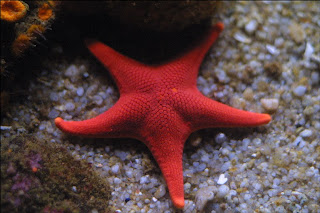 Way back in 2002 I included The Starfish Story in the Maverick Spirit. I found it uplifting during the time of trouble and strife that we find ourselves in.. especially if you listen to the evening news, read the daily newspapers or share stories with "other miserable souls."

So, here is the story of the Starfish adapted from The Star Thrower by Loren Eiseley 1907 - 1977

Once upon a time, there was a wise man who used to go to the ocean to do his writing. He had a habit of walking on the beach before he began his work.

One day, as he was walking along the shore, he looked down the beach and saw a human figure moving like a dancer. He smiled to himself at the thought of someone who would dance to the day, and so, he walked faster to catch up.

As he got closer, he noticed that the figure was that of a young man, and that what he was doing was not dancing at all. The young man was reaching down to the shore, picking up small objects, and throwing them into the ocean.

He came closer still and called out "Good morning! May I ask what it is that you are doing?"

The young man paused, looked up, and replied "Throwing starfish into the ocean."

"I must ask, then, why are you throwing starfish into the ocean?" asked the somewhat startled wise man.

To this, the young man replied, "The sun is up and the tide is going out. If I don't throw them in, they'll die."

Upon hearing this, the wise man commented, "But, young man, do you not realize that there are miles and miles of beach and there are starfish all along every mile? You can't possibly make a difference!"

At this, the young man bent down, picked up yet another starfish, and threw it into the ocean. As it met the water, he said, "It made a difference for that one."

So, can I encourage you to take the time to do something that will make difference to someone else's life... and it doesn't have to be much and they don't need to know. Just take a moment, do something special... the universe will know and that's enough.
Posted by Jemma Turrell at 9:06 am