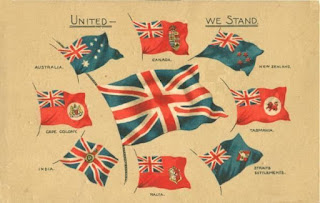 I remember Perth hosted the British Empire and Commonwealth Games in 1962 But the name of the games for Brisbane hosting them in 2018 had changed to the Commonwealth Games In the 56 years both the names of British and Empire had been removed.. so when did the British Empire finish?
Some of the broad factors that historians use to help explain imperial collapse are:
Posted by Wayne Mansfield at 1:24 pm