The most searched name on the internet - Andrew Tate!

Andrew Tate is a British entrepreneur, motivational speaker, and political commentator. He is known for his controversial views and statements, particularly on social media. He rose to fame in 2016, after winning the UK version of Big Brother, a reality TV show. He has also been a guest on several UK talk shows and has been interviewed by various media outlets.

Tate is also an experienced businessman, and he owns several companies in various industries, including property development, online dating and cryptocurrency. He has also written books and articles on business, marketing, and personal development.

Tate is also known for his political views, particularly in relation to free speech, individual rights, and anti-authoritarianism. He has been critical of government policies and regulations, particularly in relation to the internet and social media. He has also been involved in various political campaigns, including supporting candidates in local and national elections. 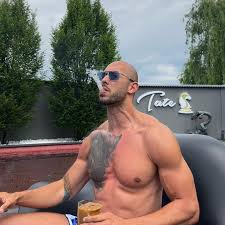 Tate's statements and views have been controversial and sometimes caused public backlash. He has been criticized for his opinions on social and political issues, as well as his past actions, such as posting misogynist and racist comments on social media.

It's important to note that Andrew Tate has been a controversial figure and many people disagree with his views, therefore it's important to make your own judgment based on your own research and evaluation of information.

Posted by Wayne Mansfield at 1:28 pm