Rex Airlines are blaming qantas for all their trouble!

Rex Airlines has reignited a longstanding battle with Qantas over its fleet expansion into previously Rex-exclusive routes, after pulling out from a key battleground.

Rex announced it will exit the Melbourne-Albury route after 39 years, with its final service on the route to take place on 29 May. It comes after Qantas took on the service in February 2021, with the move to see Qantas claim a monopoly on the route. 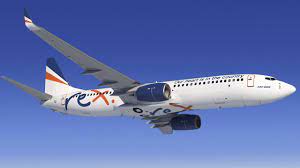 Melbourne-Albury was one of the first eight previously Rex-exclusive routes that Qantas subsequently entered, which sparked a fiery war of words between the two carriers, and an ongoing back-and-forth that has seen both airlines battling over each other’s regional routes.

Posted by Wayne Mansfield at 2:12 pm