Are you going cruising - here is some advice:

A cruise ship with more than 100 Covid-19 positive people onboard has docked in Sydney.

After departing Eden on the New South Wales south coast with more than 2,300 people onboard, the Coral Princess berthed at Circular Quay just before dawn on Wednesday, where it will remain for a day before returning to its home port of Brisbane.

The outbreak mostly involves infected crew members, with 114 in isolation on Tuesday.

NSW Health said passengers who tested positive had probably taken the virus onboard with them rather than becoming infected at sea.

The ship docked in Eden on Tuesday, where about 800 passengers disembarked after returning negative tests.

The Eden-Monaro MP and NSW regional development minister, Kristy McBain, said locals had been happy to see the ship dock after bushfires and the pandemic impacted the region.

“When you’ve got towns that rely on tourism it’s been an incredibly difficult couple of years,” McBain told Sydney radio 2GB on Tuesday. “Hopefully this will be the first of many cruise ships to dock this season ... There’s been significant investment into the Port of Eden so that cruise ships could dock in town.” 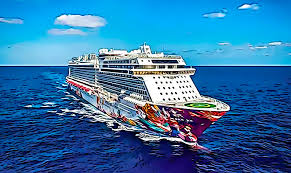 Todays Hashtags [Helps this article to be found]

Posted by Wayne Mansfield at 9:55 pm