The planned reopening of Western Australia's border to the rest of the world on February 5 will be delayed indefinitely, Premier Mark McGowan has announced.

Mr McGowan called a press conference last night to announce the delay, which he said was due to the escalating health risks posed by the Omicron COVID-19 variant.

The Premier said the state disaster council met on Wednesday and he received advice from the chief health officer on Thursday morning about delaying the reopening.

He said a new date would be considered during the next month.

Some travel conditions were still set to change on February 5, including expanding the list of people exempt from the hard border, with a focus on those travelling into WA for compassionate reasons.

Mr McGowan said the former opening plan had been based on the less transmissible Delta variant.

"Unfortunately, the world changed in December; Omicron arrived," he said. 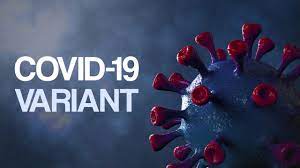 "We can't just shut our eyes and hope that it is different."

It was during a press conference on December 13 that February 5 was set as the date for the hard border to finally come down.

During that announcement, Mr McGowan said he was very confident Omicron would not delay the reopening.

Now, the Premier has said there is insufficient information available on what the full impact of Omicron could be as the reason for backtracking on WA's reopening date.

Posted by Wayne Mansfield at 6:32 pm