The zero-sum battle over Western Australia’s share of the GST underlines the bigger problem with Australia’s federal-state financial relations.

Premier Mark McGowan unsurprisingly claims that Western Australia’s record $5.6 billion budget surplus vindicates his “COVID-crushing” hard border policy. Keeping the virus mostly out and most of the economy operating, especially the mining industry, has been no small achievement. 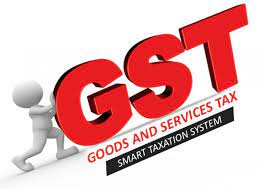 The Premier seems to enjoy pushing the secession tease button, boasting that if WA was its own country, its economic growth would be second only to China amid the nations of the world. Indeed, China’s demand for Pilbara iron ore mostly explains the size of the surplus engorged by a 44 per cent jump in mining royalties to a massive $12.1 billion in 2020-21.

The other big $2.1 billion fillip has come from the $70 billion GST carve-up deal struck between Mr McGowan and then federal treasurer, Scott Morrison, in 2018 to politically interfere with the “horizontal fiscal balance” principle that is supposed to equalise the capacity of state governments to provide services throughout the Federation.

Posted by Wayne Mansfield at 5:49 pm